A valley bottom is a low lying area of a valley comprised of both the stream channel and contemporary floodplain. This area also represents the maximum possible extent of riparian areas of the streams associated with the valley bottom. VBET uses a minimum of two input datasets, a Digital Elevation Model (DEM) and a stream network to create a polygon representing the valley bottom. This valley bottom polygon is then used as an extent for the riparian condition analyses in this toolbox.

Stream network preparation: a stream network for the area of interest must first be prepared. See NHD Network Builder Tool. DEM preparation: A DEM should be downloaded and clipped to the extent of the analysis area (ie match the extent of the stream network). The DEM should have a projected coordinate system that matches the selected coordinate system for the stream network. Drainage area raster: optionally, a flow accumulation raster can be derived, and converted to a drainage area raster (units of square kilometers) to be used in the VBET tool. If this is not done beforehand, it will be performed automatically upon running the tool. Once the inputs are prepared, you should organize them into a project structure by running the Build VBET Project tool in the toolbox. You will be prompted to select a “project folder,” which is a location to store all inputs, outputs and metadata related to the VBET project. You may then select the inputs you plan to use. You may select multiple of any input. For example, you may wish to derive one valley bottom using a 10 m DEM, and another using 1 m LiDAR. Both datasets can be added to the project at this point. Later, when running the VBET tool, you can run the tool multiple times selecting different input datasets. At least one of each required input must be added to the project using this tool. Important: when setting up the project, there cannot be any spaces in any path names. Make sure underscores are used instead of spaces.

After the tool has been run, it can be rerun using any combination of input data from within the project. Each subsequent output will be stored in a new folder. 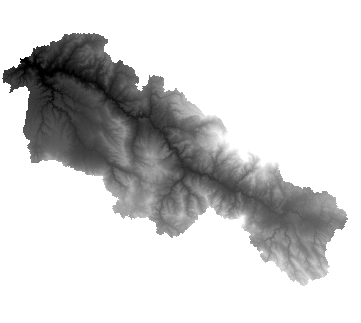 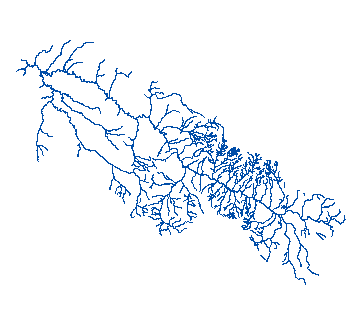 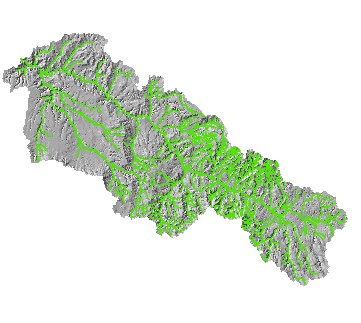 Zoomed in view of the VBET output 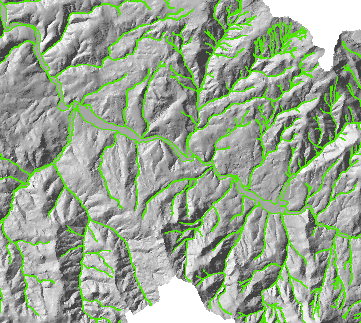