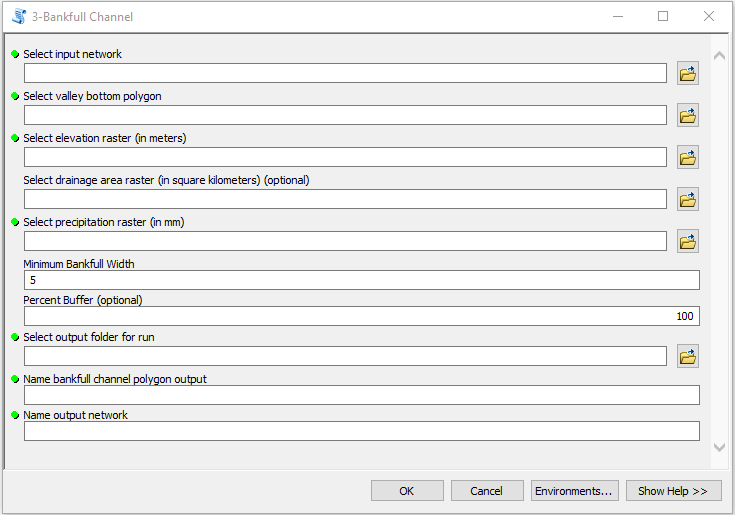 Shortcut: It may be possible to use a simple buffer polygon of the stream network, however, make sure that the ‘stream’ in the flow accumulation raster is within this buffer. Manual editing may be necessary at lower elevations with very large and flat valley bottoms.

Note: You will want to increase this buffer for the confinement tool, which identifies confinement as any instance where the bankfull channel intersects the valley bottom polygon.

Bankfull polygons for each continuous section of stream network, created by buffering each reach of the input segmented network by BUFWIDTH, then dissolving and smoothing the result. 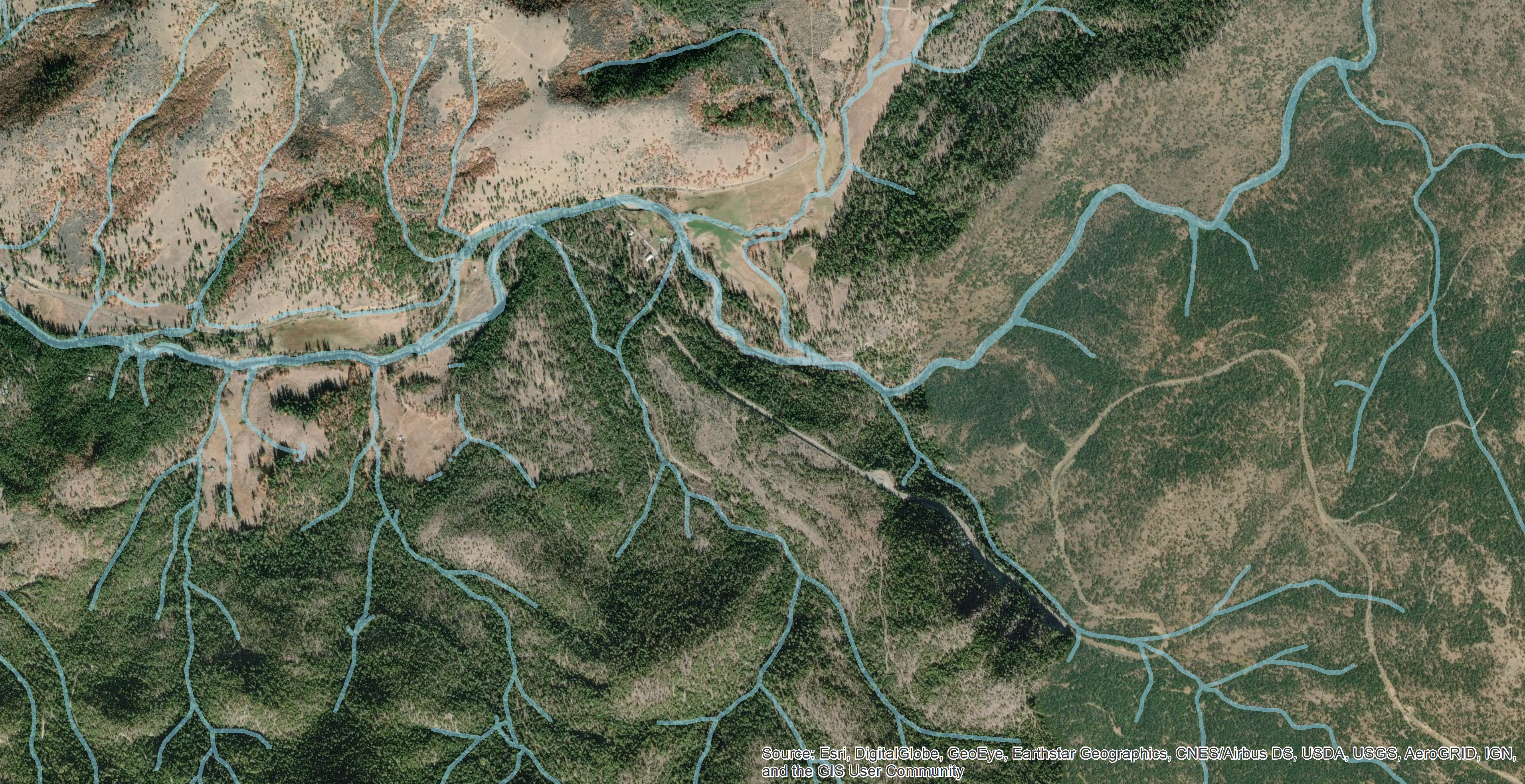 Caveats to the Bankfull Channel Tool

The bankfull channel tool is based on a simple regression. All bankfull channel outputs should be checked against aerial imagery or field measurements throughout the study area of interest to verify acceptable accuracy before applying the results.