The Riparian Condition Assessment (RCA) tool models the condition of riparian areas based on four components: riparian vegetation, land use intensity, floodplain connectivity, and overall vegetated area. Each reach of an input network is attributed with values on continuous scales for each of these components. The output condition of each reach is then assessed using a fuzzy inference system. The tool produces an output polyline shapefile as well as an output table which can be joined to the polyline using the “RCH_FID” field. 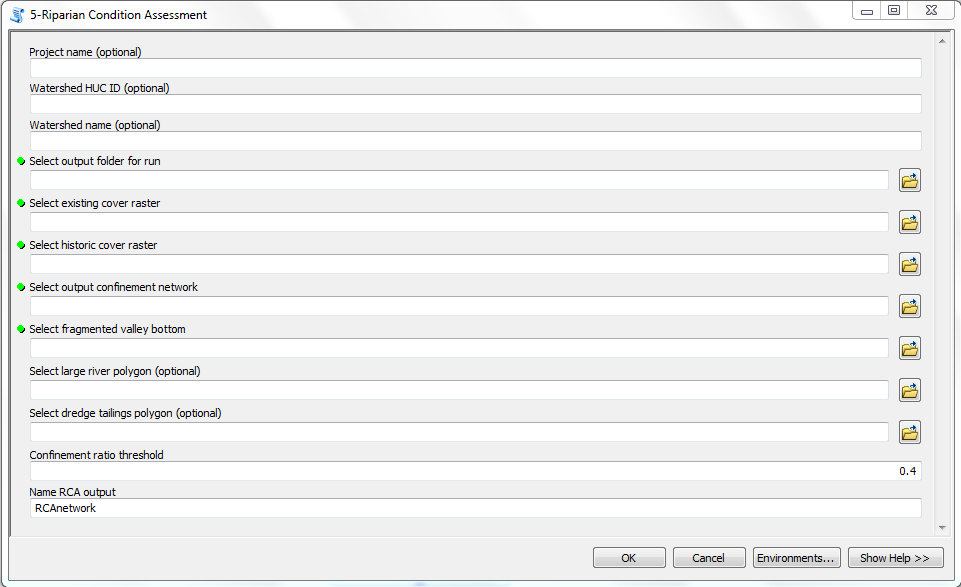 NOTE: In the current version of the tool, if the stream network contains too many features (or segments), the tool will run out of memory and fail to run. Stream networks for watersheds can be clipped down to subwatersheds to run the tool with, and then the outputs can be merged together. For future versions, this issue will be resolved.

The RCA output symbolized using the default symbology of the CONDITION field. 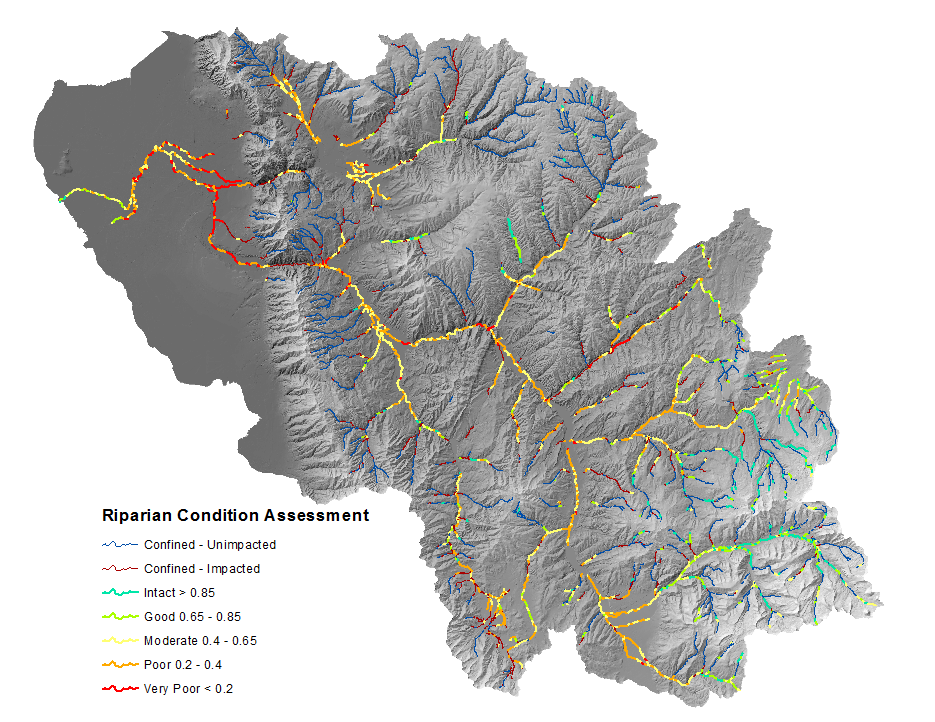 Additionally the VEG field may be of interest, and simply represents the proportion of historic vegetation cover (riparian and non-riparian) that exists on the landscape today.

The RCA output symbolized using the VEG field to show the proportion of historic vegetation cover that exists now. 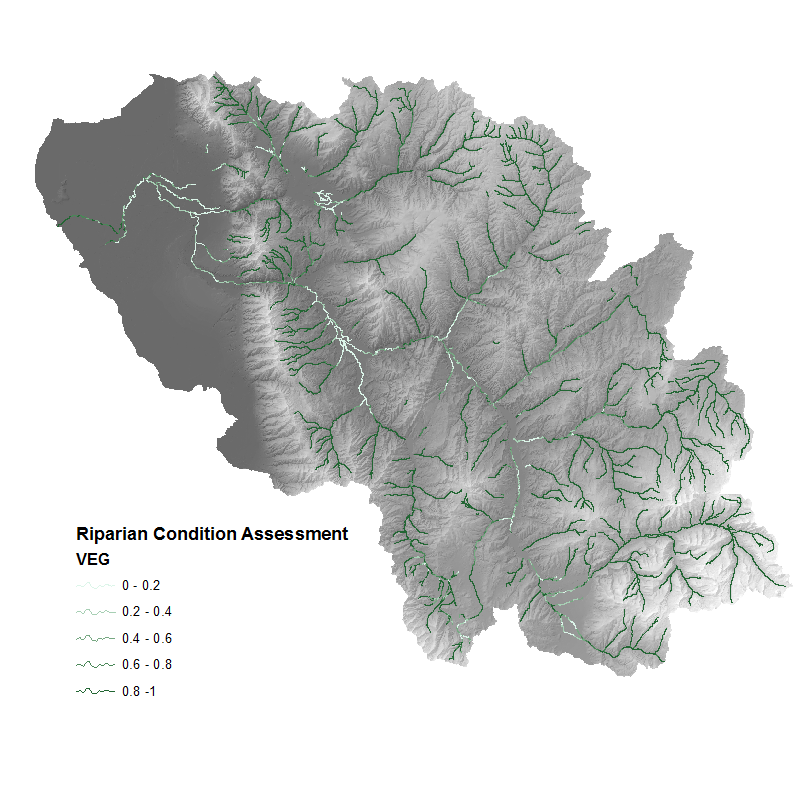 RVD: The riparian vegetation departure score (proportion of historic riparian vegetation) for the given stream segment. LUI: The Land Use Intensity index, on a scale from 0 (high) to 3 (low). CONNECT: The proportion of the polygon (floodplain) associated with stream segment that is accessible to the stream. COND_VAL: A value on a continuous index from 0 to 1 that represents the condition of the riparian area for unconfined streams. (a value of 0 means that the stream is confined and the value is not relevant.) 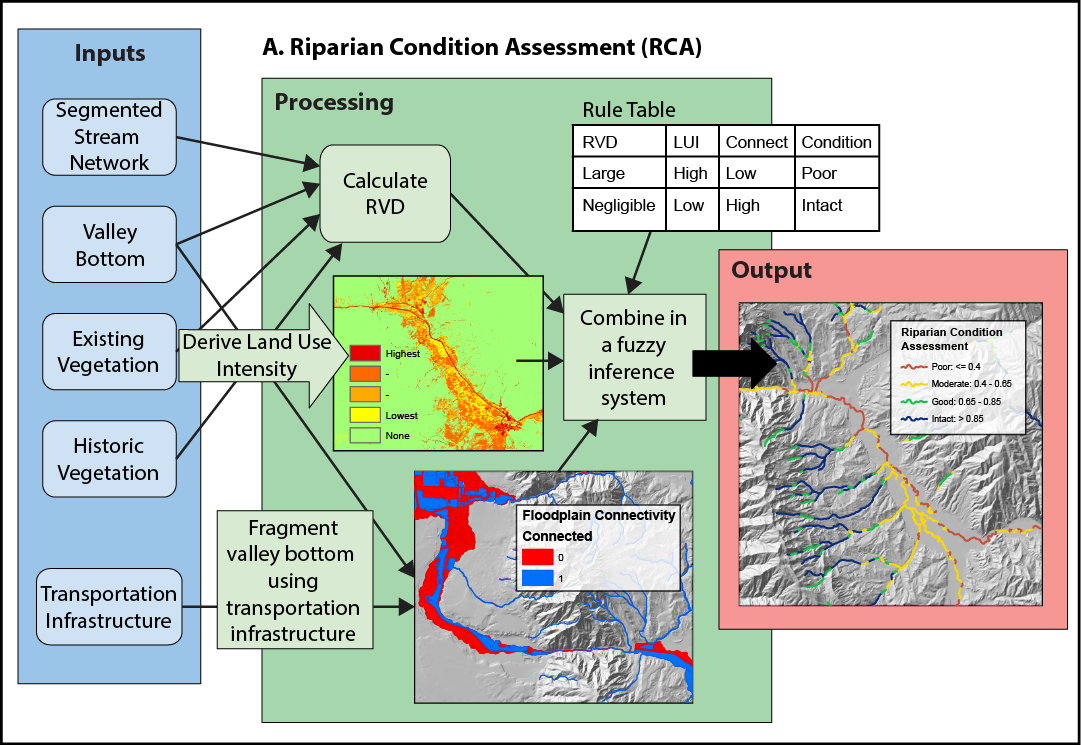